so i’m only slowly finding my footing in berlin again after my long absence. of course, berlin fetishizes its permanent reconstruction, so a whole bunch of new locations and concepts have popped up over the last few months.

one of the places i was most annoyed about missing out on when i left was a new bar called bryk in prenzlauer berg, which opened in april. last night, though, i finally had the chance to check it out. 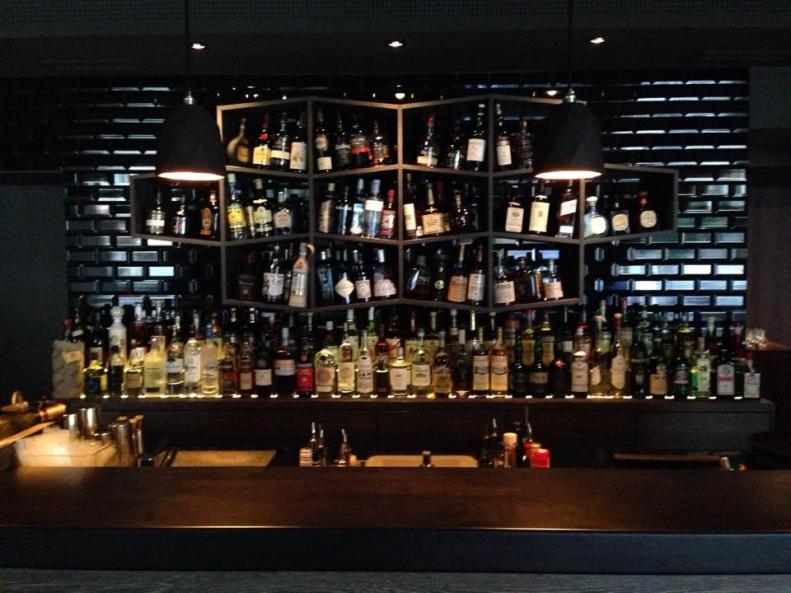 one of the first things you notice when talking to owners carsten schröder and frank grosser: they are full of stories. both bring a history in high class professional gastronomy to the table, with business boy carsten having run the gauntlet from bacardi to adlon berlin’s club felix, and barkeep frank having toured the world of 5-star hotels.

bryk is both buddies’ first own bar, and the second thing you notice: it is full of stories, too! the lamps: built by berlin based designer gant; the tiles behind the bar: imported from italy; the delicately crooked backboard: frank’s invention, a first in berlin. it’s all very recuded and low key – except for the huge explosion of colors on the side wall, a painting by canadian artist charles forsberg. and if you want to know about that weird saddle… well, ask for yourself!

eventually, though, all of that works just in support of the main draw – the drinks. the menu sports a couple of dozen apertifis and cocktails, all exclusive creations by frank, with possibly the craziest invention being the “fishing, but the easy way” – fresh lime, chives syrup, bright jam, and orange twist on the base of lobster-infused (!) juniper! i also tried the “would you like some pink flavor?”, a steaming, totally non-pink blend of homemade pepper limoncello, sugarcane, fresh lemon, fresh mint, and a cloud of lavender. as with all great cocktails, visual appearance, smell, and taste created a concerto of pleasure. carsten and frank only use produce they dig themselves. one can tell.

the aperitifs even kick it up another notch. my personal favorite: “you won’t get caught – i promise!”: aperol, fresh plum, fresh dill, apple vinegar, and cava, all on top of scheurebe, a particularly beautiful grape. i also tried the “depressing happiness” as the “chestnut happiness” ingredient sounded all to alluring. the clou: the aperitifs come with a choice of homemade bar snacks like toasted baguette (from the bakery further down the street) or mild chillies filled with cream cheese. by means of – the “apero time”, daily from 5 pm to 8 pm, carsten and frank want to build a bridge from the chores of work into the finer stages of the evening.

then again, you might just as well stay, right.

all pictures by nora römer. it is pretty dark at bryk.