david mcmilan‘s massive book growth and decay (published at steidl) is a stunning testament to the ultimate lost place: the chernobyl exclusion zone, a vast area of close to 3000 square kilometers surrounding the reactor whose explosion in april 1986 gave a new dimension to damage and destruction mankind can lay on this our planet. chronologizing the renaturalization of the evacuated area (including the closed town of prypyat, former home to the chernobyl plant’s workers) over the course of more than twenty trips since the mid-nineties, mcmillan juxtaposes images of early utter devastation with often solemn, peaceful impressions which portray nature’s reclaiming its stake over the brutalized landscape. one of the photos shows a political slogan spanning the height of an entire building. “lenin’s party and the will of the people will lead us to the triumph of communism!”, it says. the trees in front of it couldn’t care less. 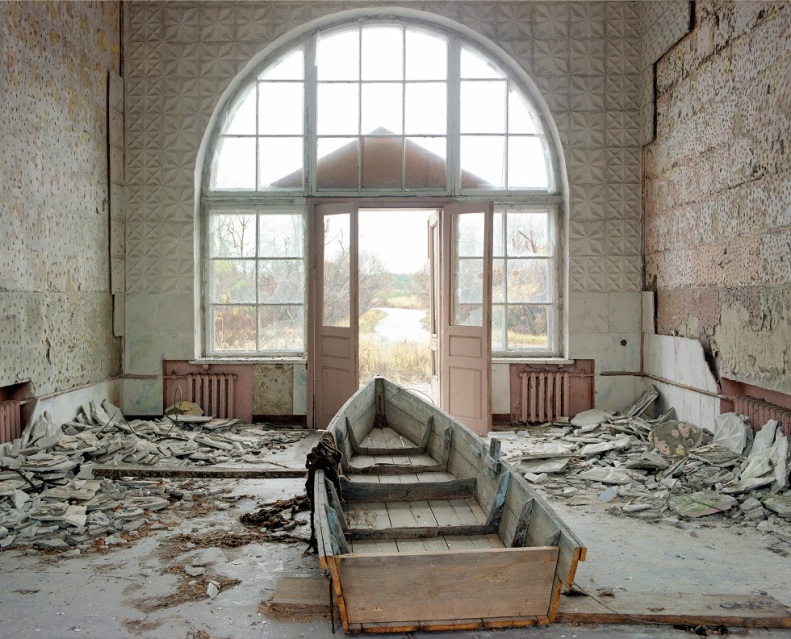 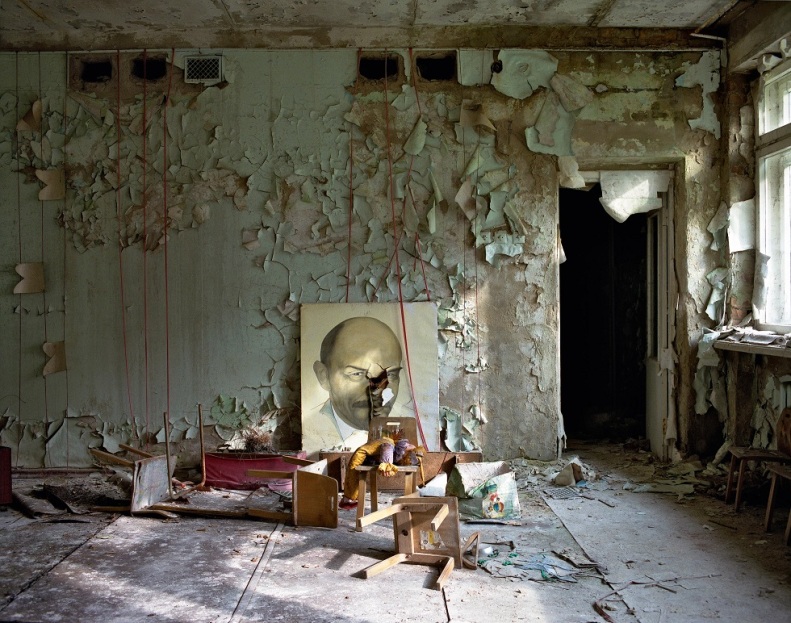 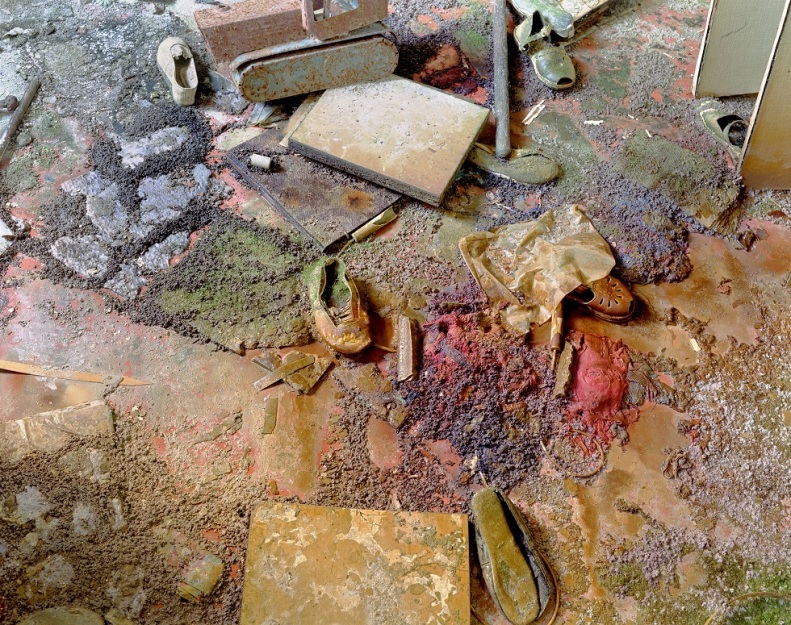